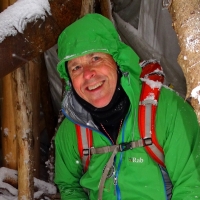 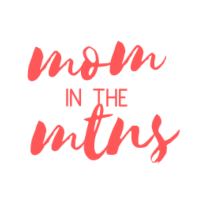 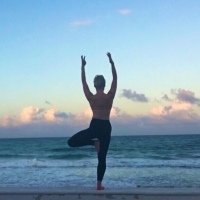 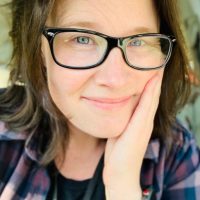 December 31, 2019 Nothing like waiting until the last possible day to go back for Seymour! Being a mom comes … END_OF_DOCUMENT_TOKEN_TO_BE_REPLACED

only paths we had not known we were meant to walk.”-G.G. Kay Is that the truth? I was talking with … END_OF_DOCUMENT_TOKEN_TO_BE_REPLACED

“If you go deep enough into the way of peace, you find power.” Deepak Chopra The morning after hiking Big … END_OF_DOCUMENT_TOKEN_TO_BE_REPLACED

“Stop talking about your mountains….start climbing them”- Alexis Grant   Isn’t this so true?  When we continue to speak about … END_OF_DOCUMENT_TOKEN_TO_BE_REPLACED

“Do one thing everyday that scares you.” -Eleanor Roosevelt

Yes, learn to accept fear as a part of courage.  Choose something that scares the living daylights out of you!  Understand that Fear will also be in attendance, but Courage is the speaker, the leader, the driving force to reach your victory.

When I decided to become a runner, it was out of fear.  I was told as a child that I had weak lungs and a weak heart.  I fainted easily and often.  “You can’t do that Jen, you’ll get hurt.  You’ll pass out.  Your lungs can’t take it.”  So I made the choice to overcome those labels and rose to the challenge of becoming a runner.  Strong body, strong heart, right? My heart became strong and healthy.  I was on my way!

Everything you ever wanted is on the other side of fear. So David, let’s take down another Goliath, shall we?   Let me set the scene for you, which took place about 25 years ago or so…

There she is.  The short, little Junior High girl, during coed swim class, who is still fighting her way through the shallow end. She is holding onto the side of the pool, blowing bubbles and breathing.  She is practicing the kick board drill for the umpteenth time.    There is she, trying to do the crawl stroke and failing the test over and over.  She watches all throughout the swim unit, as each of her friends and classmates moves over into the deep end. Not her.  Diving test, yes.  Dance had given her great form for that.   Dead man’s float, yes. She could do that all day!  Swim the length of a pool.  No.  Failed. Failed again and again.  Junior High, a time in your life when you so desperately want to fit in.  What does this do to a young teenage girl’s self-esteem?  Sends it plummeting to ground. (It was bad enough, she had braces, freckles, glasses and “perm gone wrong” for hair)

So David…about that Goliath?  This now, 40 year old woman was ready to annihilate him!

And my next mountain to climb was just that.  I was determined to become a swimmer. Obviously a crucial component if you register for a triathlon.  Which I did.  Back in December.  Before I even took a swim class.  Goliath was staring me down and I was coming for him!

However, swimming is truly a humbling sport. I thought it would be an intelligent idea to get into the pool a few times before my beginner swim class began.  My first experience in the pool was anything but glamorous!  I had my 14 year old daughter’s swim cap on (from when she was in 4th grade!) which was ridiculously too small and squeezing my head like a lemon.  I’ve never worn goggles in my entire life. Being a contact wearer, I have been basically swimming in darkness with my eyes closed for 25 years.  Completely embarrassed, I had to ask the lifeguard to help me learn how to use them!  What a site! (I’m literally laughing as I type this!) 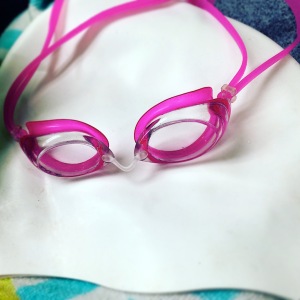 After all of that, I finally get in the pool. How hard could it be?  Hard! Terribly hard! Humbly hard.   The side stroke and back stroke were all I could muster to keep from sinking.   After each lap, I was huffing and puffing with exhaustion, like I had just run a half marathon!   Avid swimmers were practicing fluidly and effortlessly on either side of me.  The harder I tried to swim “like a swimmer,” the worse I felt. Who was I kidding??  There was no way I was going to be able to do this!

But then I remembered, Goliath wasn’t taken out by a fierce storm, or annihilated with force and brute strength.  David’s method was just a simple sling shot.  A sling shot used on Goliath’s weakest spot.  All I needed was my own sling shot.  END_OF_DOCUMENT_TOKEN_TO_BE_REPLACED

I grew up on Long Island…born with the soul of the ocean.  The water was my serenity, my breath, my … END_OF_DOCUMENT_TOKEN_TO_BE_REPLACED

My barefooted, fine line between the heart and the mind I walk again and again as I rebuild my soul. Which is the right way to be? Which way will make you the strongest, prevent the most pain, lead you towards happiness and inner victory? END_OF_DOCUMENT_TOKEN_TO_BE_REPLACED

This is the day…when  you’re doing the cha cha.  One step forward, two steps back.  You’ve been strong, making gains, … END_OF_DOCUMENT_TOKEN_TO_BE_REPLACED

Just a teacher sharing her adventures one school break at a time!

A Blog by Mary Lou Harris where she shares about senior running, travel and related topics.