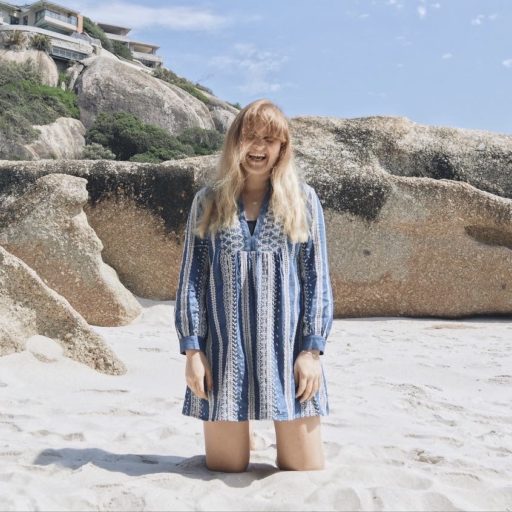 only paths we had not known we were meant to walk.”-G.G. Kay Is that the truth? I was talking with … END_OF_DOCUMENT_TOKEN_TO_BE_REPLACED

I grew up on Long Island…born with the soul of the ocean.  The water was my serenity, my breath, my … END_OF_DOCUMENT_TOKEN_TO_BE_REPLACED

My barefooted, fine line between the heart and the mind I walk again and again as I rebuild my soul. Which is the right way to be? Which way will make you the strongest, prevent the most pain, lead you towards happiness and inner victory? END_OF_DOCUMENT_TOKEN_TO_BE_REPLACED

This is the day…when  you’re doing the cha cha.  One step forward, two steps back.  You’ve been strong, making gains, … END_OF_DOCUMENT_TOKEN_TO_BE_REPLACED

said Buddha…and I had become my worst version.  Looking in the mirror, I no longer recognized the woman staring back at me.The battle with the demons in my head were winning, again and again. It is not a pretty story…the fall of oneself.  The endless moments on the bathroom floor, wondering if I would ever rise again. So consumed with the darkness of the past, I couldn’t see a way out. “Who are you?” I yelled in my mind.  WHO are you?? I didn’t have a clue.  However…sometimes, if I laid there long enough, quiet enough, still enough, I could hear her. The young girl, the courageous young girl who survived her childhood.  The brave adolescent girl on the stage.  I could hear her…whispering, “Get up Jenny…you are love. You are light. Get up…” And I would. One more time.  But how long could I continue this way?  I couldn’t.  I had a responsibility to my children, my job, my family.  There were people who loved me that were depending on me, whether I believed I deserved it or not.  I looked long and hard at myself in the mirror that day.  The woman who was emotionally and spiritually bankrupted staring back at me. I gazed back at her in silence for a long time. Silence is a funny thing, the more silent you are, the more you can hear. And the harder and longer I silently gazed into the mirror, the stronger the voice within became.  I was not going to succumb to my worst nightmare. The fighter, the survivor, the little girl whispering, “Get up Jenny” was in the pit of my being, locked up tight…and she was fighting to get the hell out.

She sat, staring at a blank piece of paper.  The late 30-something year old woman.  Fear.  Fear is at the center of everything dark.   So she wrote…wrote every single thing she was afraid of.  She gave each Fear a name.  Everything she couldn’t control, she couldn’t do, she couldn’t remedy, everything “she couldn’t” was Fear.  Fear told her she wasn’t smart enough, pretty enough, thin enough, happy enough, liked enough, strong enough.  Take a seat, Fear instructed.  Lies…the lies that speak through fear.  You’re too emotional. Too much to handle.  Too sensitive. You laugh too loud.  You’ll never make it on your own.  Fear fought hard in her mind and seeped into her soul.  Sit down, Fear said.  The brave little girl, deep inside, decided to fight. Fight back, finally.  It was time…

… for a new pair of shoes.  Running shoes.  The irony of this decision was overwhelming.  People in my life actually laughed at the idea. And they were right…at the time.  A runner I was not.  I had “run” a few 5K’s here and there.  And by run, I mean jog…jog slowly…walk.  I mean I basically walked them.  People were walking faster than I ran.  I signed up for those events basically to hang out with my friends.

What you think, you become. I was defeated before I even began…I wasn’t a runner.  The girl in middle school and high school who had to walk the mile in PE class, that was me. A dancer, yes.  A runner, not even close.  And at this point in my life, I wasn’t even a dancer anymore.  The vicious lies the demons spoke through me challenged my self-worth, my self-respect, my “greatness.”  You are nothing but weak, they would taunt. You don’t have what it takes, they would chide.  Why bother, you won’t reach victory, they would persuade.

What you think, you become. END_OF_DOCUMENT_TOKEN_TO_BE_REPLACED

It would be one where the battle against fear was at the center, and every pair of shoes was responsible for the fight. Fear. Fear reared its ugly head and won. Fear had been so deeply rooted into my soul, that I knew no other way out. So instead, I locked it up…as tight as I could. I built fortress of protection and buried it deep within. In time, I became the person everyone else expected or wanted me to be and I played the part, too afraid to be myself, with the fear that I would be rejected, abandoned, left behind…

The young teenager, in the center of the dance floor, cradling her heart and soul in her hands. It was her greatest defense against fear. She danced to stay strong. She danced to survive. Her soul became every moment, every beat, every rhythm. It was her safe haven; her place to go when everything around her was unraveling faster than she could twirl across the dance floor. Here, her spirit was free. She felt no pain. She heard no yelling. She didn’t have to be perfect.  She knew who she was when she danced.

Her teacher was an angel, guiding her movements and revealing the light within.  It was dance that held her sanity. The young teenager, who had it all locked up, was slowly dying on this inside. When everything around her was falling apart, dance gave her wings to fly.  Dance saved her. Period.

This was me.  And this…was my very first experience with courage. There was the voice inside that would whisper to me, “there is greatness in you..”  In me? Greatness? Doubtful…yet the voice continued to whisper softly time and time again..There is greatness in you. Don’t give up. Be fearless. Have you felt it too? At some point in your life…that little tugging at your heart, saying “this is it…do you feel it?” It was a small voice, but no matter how small it was, I heard it. And it was monumental…a breakthrough. A ba’al perazim…a breakthrough from God. I would feel this “ba’al perazim” at 3 other points in my journey as well. I felt it in the depths of my soul. END_OF_DOCUMENT_TOKEN_TO_BE_REPLACED

A teacher sharing her adventures one school break at a time!