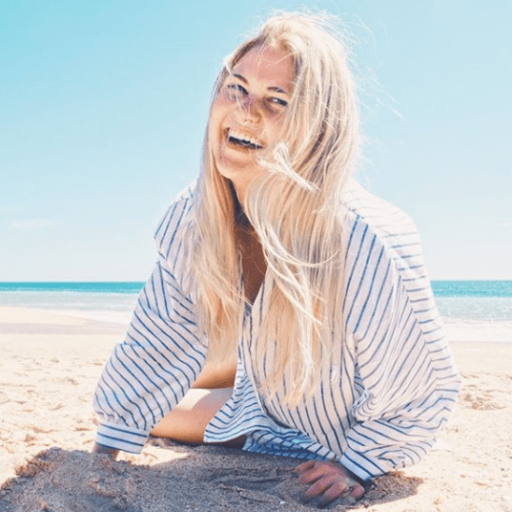 On Saturday morning, the day after I hiked Mount Marshall, I drove up to the ADK Loj for the remainder of my hiking weekend in the Adirondacks. The weather felt a bit cooler, but I honestly couldn’t tell because my legs were sore from the day before, it’s all I could think about.

My original plan was to hike Cliff and Redfield from the Loj. However, this being another aggressive hike, I decided to fall back on my plan B.  Tabletop and Phelps.  I think many people climb these 2 peaks earlier on in the journey to the 46…but I kept saving them.

So after arriving at the Loj around 7:45 a.m., I checked my pack for food and filled my water bladder with fresh water for the day.  I signed in the trail register and wrote “Enjoy the journey.”

That was my mantra for this climb. Enjoy the journey.  I wasn’t in a rush…I was going to take my time and embrace the walk in the woods.  And I was off…for another round on the Super Highway of the ADK’s.

The hike to Marcy Dam was as pretty as usual.  It was also busy…many groups of hikers heading up to Mount Marcy.  I chose to hit Tabletop Mountain first and then Phelps on the descent.

It’s funny what your mind remembers and what it does not.  The last time I was on this trail was in May and believe or not, there was still ice and some snow covering most of it. The Van Hovenberg trail appeared so new to me this time around.

I continued along the well-worn path up to Tabletop Mountain.  I didn’t take many pictures this time.  Instead, I breathed in the forest around me, taking notice of the birds singing, the chipmunks scurrying, the light breeze blowing.

On I climbed, past the junction for Phelps (I would be back for you later!). Then the trail began to steepen. There were many fallen tree branches and yes…boulders to “up and over” again.  My poles remained in my pack still…I am kind of stubborn when it comes to using poles.  I am sure my knees would have preferred my using them for both the ascent and descent.  But for now…I trekked on without them.

The trail continued over a bridge (which people were hanging out on so no picture), up some stone steps toward the junction for Indian Falls. I must have passed 3 or 4 big groups of hikers with dogs, taking a break all along this portion of the trail.  All were heading to Marcy.  I suspected the only hikers I would run into on Tabletop would be those possibly attempting the 46 high peaks as well.

At 9:54 a.m. I finally arrived at the junction for the Tabletop herd path. Just under 2 hours since I began.  I rested on a rock across from the cairn marking the start of the path to grab a protein bar and some water.

The cairn marking the herd path…well, and the obvious sign too.

The herd path is a messy one.  It basically follows a stream trench with…oh yes, more tree roots to climb over and around.  It is very eroded and full of mud, which wasn’t too bad actually since the summer has been so dry and hot.  There are also a few pink ribbons tied to trees further up towards the summit to help you stay on track.  All in all, this was a much easier path to navigate than Mount Marshall.  No cairns though, other than the one at the head of the trail.

After 45 minutes of ascending, I reached the summit and my #18 high peak! Tabletop Mountain is the 19th highest peak in the Adirondacks, standing at 4427 feet tall.

There were a few hikers at the summit already, so no selfie picture needed.

There is a lookout a few paces past the summit where you can view Haystack and Marcy over the trees (and if you hold your camera way up above your head).

Since there were hikers relaxing on the stone slab by the lookout, I headed back down the mountain.  I was back on the Van Ho trail once again in no time and began the walk back down towards Phelps.

I stopped after crossing the bridge from earlier to find a rock to relax on and eat my lunch. I have yet to master the art of packing the correct foods for my hikes, so it was a peanut butter and jelly sandwich, an apple and some turkey jerky this time.  Not very exciting, but I felt nourished and ready to tackle the longest 1.2 miles to the summit of Phelps (or so I’ve heard).

At 12:39 p.m., I arrived at the junction for Phelps Mountain.  Looking up at the ginormous boulders staring back at me, I thought, “This should be fun!” #sigh

This called for a lollipop for sure, to keep my mind off all my huffing and puffing along this trail.  I was out to prove “them” (whoever “they” are) wrong…that this would not feel like the trail that keeps on giving.  I mean, I basically climbed a trail I would give a similar name to when I ascended Mount Marshall.  How bad could it be?

So far…it was definitely interesting.  For a “marked” trail, it had the feeling of a trailless peak.  There were blowdowns, more huge roots to manuever over and around, boulders, loose footings…you name it, Phelps had it!

This was the only red trail marker I saw the entire hike to the summit.  I had already been climbing for 30 minutes when I spotted it as well!

And then….it wasn’t an earworm anymore. Yes…I sang “Seasons of Love” and basically the entire soundtrack from Rent for the rest of the ascent.  I don’t choose the song, the song chooses me. #HPwandlaw

Enjoy the journey…and that I was.  Also a surefire way to clear the path of other hikers too. haha!

…like that hiker coming down the trail I neglected to see as I sang out loud, while snapping this photo.  Oops.

There were 2 spots where some actually climbing was required, but nothing I couldn’t handle.  I am always better on the way up the mountain anyway.  I would stare down those 2 little cliffs on the way back though.

At 1:32 p.m., I made it to the summit of Phelps and my #19 out of 46 high peaks!  So just about an hour to reach the summit from the junction.  Phelps Mountain is the 32nd highest peak of the 46 standing at 4161 feet tall…and boy, she sure does make you work for it!  Though she be but little, she is fierce.

The sad little pile of cairns, which is the summit marker for Phelps, was in need of rebuilding. Some other hikers took on that challenge when I had finished with my summit selfie.

The view from Phelps is quite beautiful.  Some of most favorite mountains can be seen from this view…Marcy, Colden..

I met some really nice folks at the summit.  A mother hiking with her sister and daughter. This was mountain #3 for them.  A couple who had planned on watching the Ironman LP this time around, as they both competed in the full iron together the year before.  A group of old college friends (the cairn rebuilders) who meet up in the High Peaks twice a year to hike together.  The mountains are magical that way…

My attempt at a panoramic shot.  It is such an interesting perspective, observing the peaks from this direction.  Marcy and Colden look so far away.

Taking my hiking shoes off, I rested for a bit on the summit. The clouds were beginning to form fast, but the sun was still out and the breeze felt lovely.  After 10 minutes or so, I decided that I should begin my descent.  I knew it would take longer for me to get down the mountain so out came the trekking poles for this one.  There were just too many boulders for my knees to contend with on the steep hike out.

After an hour and 10 minutes of gingerly (and not-so-gracefully) climbing, I made it back to the Van Ho trail for the 3 mile journey out to the ADK Loj parking lot.  There were quite a few groups heading up to the summit as I was descending.

After a half mile of walking, I heard a clap of thunder.  Gazing up toward the sky, there were a few gray clouds but many areas of blue sky still!  So I paid no attention and continued walking.  However, after just a few minutes…

BOOM! One loud BOOM! That’s all it took…and the heavens opened, sending a fierce, crazy torrential downpour! Heavy, huge, thick rain was flying in every direction.  I had no raincoat. I left it in my truck, as it was a blue-skied day when I arrived in the morning.  Also in my truck, was the pack cover for my backpack.  I neglected to pack it…

I began to speed-hike…and then the rain quickly turned to a downpour of rain and HAIL! HAIL! In July!! My pack was soaked…I stowed my phone away the best I could and made a run for it.

I ran the final 2.5 miles out! Ran…along with about 5 other hikers who were high-tailing it as well!

Drenched.  Soaked to the bone.  Freezing.

At 4:22 p.m., I found shelter from the storm under the trail register, as I signed myself o.u.t. of this hike! (All those poor hikers that were caught in the storm ascending Phelps!)

Enjoy the journey. That was my mantra when I began this double-peak hike.  Despite being slightly cranky after running like hail was chasing me, I truly did enjoy this journey. The trails were unique and spectacular, each in their own way.

And that night…from the docks of the Loj after the hail had subsided…peace.

“How do you measure, measure a year….In daylights, in sunsets, in midnights, in cups of coffee. In inches, in miles, in laughter, in strife?” -Rent

In moments…being present in each moment of your life, to the best of your abilities, with nothing but wonder at your footsteps.  Wishing you a journey full of beautiful moments to measure your year.

Here’s to singing and cups of coffee,

3 thoughts on “Phelps and Tabletop: Joy in the Journey”